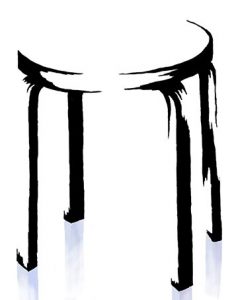 Trying is only emphasising the thing we already know!
-F.M Alexander-

Frederick Mathias Alexander developed his technique in a quest to save himself from losing his voice. He was a passionate performer but during his recitals he would become hoarse and his voice eventually gave up on him. After a disciplined, painstaking (and highly neurotic) routine of experimentation in front of mirrors he discovered that he needed to do something very differently.

He understood the indivisible nature of mind and body and realised his vocal strain was the symptom of a whole issue, it was his habitual reaction to the pressure of performance, his ‘Trying’. The technique he developed in essence is about reaction to stimuli, how through developing our capacity to remain non-reactive, our performance, health and quality of living can drastically improve. From making his initial discoveries, Alexander devoted the rest of his life to the progression and evolution of his technique – something he simply called, ‘The work.’

He was born in Tasmania in 1969 and he lived there during his childhood. His voice difficulties arose while working as a performer in Melbourne in his early twenties. After developing a technique for overcoming his voice difficulties his reputation developed for precisely that, he was nicknamed ‘the breathing man’ and claimed he could cure stutterers. After time he began using his hands to adjust or move his clients, and so the Alexander Technique as we know it began. He received some medical referrals and doctors agreed that patients who had worked with him had improved. His practice began gathering steam.

In 1904 After a significant win on the horses, one of Alexander’s favourite pastimes, he made the journey across the world to London where he made quite a name for himself. Working with many notable members of high society. Eventually starting his own teacher training school to ensure the continuation of his technique. This is something which he is recorded to have initially struggled with, teaching and teacher-training are quite different things. He later died in London in 1955. Two notable graduates of Alexander’s training course – Patrick Macdonald and Walter Carrington – later opened schools and are responsible for training many teachers, and so the Alexander Technique lives on.

In many ways Alexander was a pioneer and entrepreneur, he created a unique vocation of teaching his ‘Work’, his very own technique, and it evolved long beyond his early permutations.

Mr Alexander was a tireless marketeer in his attempt to reach and teach an audience on the finer details of what he was doing, why it was a worthy pursuit for anyone. He lectured many times, several have written records, and he wrote four books to help him reach a wider audience and explain his vision. His written work represents a snapshot in the process of his development, his last book was published in 1941, long before he finished teaching. Toward the end of his life he became more and more efficient in what he said, in articulating what his work became about, the art of prevention.

His work now resides and continues to evolve in the hands of Alexander Technique teachers all around the world. So for those who are curious about what he did, you are best directed toward a teacher, who will be able to give you the experience first hand. 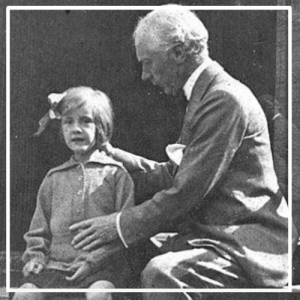 If only you stop doing the wrong thing the right thing will do itself.
-F.M Alexander-